Jaipur Literature Festival is one of India’s most high-profile cultural festivals, which has in a short time become a must-visit venue.

If you are relaxing in Jaipur in January, there is little chance your feet will not take you to Diggi Palace. For that is where the “greatest show on earth” a.k.a. the annual Jaipur Literature Festival is held over five days. Now about to host its 13th edition, the festival one of the most sought-after cultural jamborees, where the agenda goes well beyond literature, with pop culture making its presence felt through music, food, performances, shopping, partying and much more.

The centre of Jaipur is transformed during the duration of the festival, and getting in and out of JLF can get be an almost adventure sport. Quieter spaces are at a premium, though our Srinivas by Niraamaya Private Residences definitely qualifies on this count. Located near Amer, the erstwhile capital of the Kachwaha rulers before Jaipur was built, it is a short drive from the venue. The way descends from the winding hilltop roads past the majestic forts of Amer, Jaigarh and Nahargarh, past the beautiful Man Sagar Lake with Jal Mahal shimmering within, and then through the splendour of the ‘Pink City’ – blending architectural heritage and modern retail in equal measure.

In recent editions, arriving at Diggi Palace, located just south of the Pink City, has been an adventure in itself – involving a longish walk, through registration and security, past the music stage before branching out the different session venues. Do budget adequate time, queues can be very long! Its initial years may have seen sparse attendance, today is it one of the most desirable venues to be instagrammed at. The festival has remained at the same venue, but grown massively in the number of attendees – well over 3 lakh at the previous edition. From just about dozen and half writers in its first edition, most editions of late have seen about 200 writers in attendance, a smorgasbord of literary riches not seen anywhere else in India. Sanjoy K. Roy, Managing Director of Teamwork Arts, producer of the Jaipur Literature Festival, says, “The Festival continues to build upon its core values of engaging young people, and creating a democratic and accessible platform, which offers free and fair access.  The 2020 edition will feature a stellar line-up of award winning Indian and international writers.”

Over the years, hundreds of major global writers have made their appearance at the festival – literary giants such as Salman Rushdie, Ian McEwan, V.S. Naipaul, J.M. Coetzee, Alexander McCall Smith and Orhan Pamuk have spoken, been much sought after and even on occasion courted controversy. Non-fiction stars have been just as popular, with Nassim Nicholas Taleb, Oprah Winfrey and Niall Ferguson among the speakers. Of course, Indian writers have been a mainstay of the festival, and many of them have been staples at the festival, conducting sessions when not talking about their own creations. Indian film stars, journalists, academicians, politicians, bureaucrats, even business leaders have also featured regularly over the years.

Over the years, the festival has gained iconic status for not just seeking to refresh their intellectual depths, but also for those looking at newer authors. The festival has hosted nearly 2,000 speakers and welcomed over a million book-lovers over the past editions, While the festival remains free, there is also a popular music element to the festival, which is chargeable.

What is noticeable is the way the city responds to the festival. The area around the venue is decked up colourfully, with banners, posters and flyers festooned all over the place. Don’t even think of going at the last moment, hotels are not just fully booked during these days, their rates are at a premium too. In the spirit of literature lovers and youth around the world, many festival attendees have been found sleeping at the city’s main railway station, such is the desire to nevertheless make it to the festival. 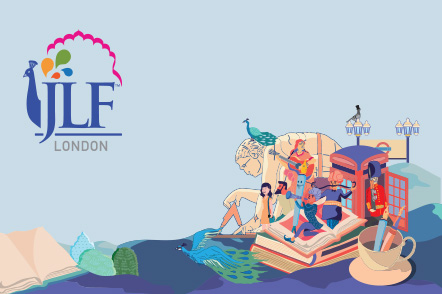 The 2020 edition of the festival is set to take place between 23-27 January 2020, at its customary home, Jaipur’s Diggi Palace Hotel. This year’s veritable power-house roster of speakers, like every edition, reflects the diversity of the Festival’s programming in books, themes, subjects, and ideas representing literature and thoughts intrinsic to both India and the world.

Many award-winning writers are scheduled to appear, including James Beard Award-winner Ben Schott, George Polk Award-winner Anand Gopal, Jung Chang, winner of many awards, including the UK Writers’ Guild Best Non-Fiction and Book of the Year UK; British author Miranda Carter, author of award-winning Second World War novel Anthony Blunt: His Lives. Frank Dikötter, author of a dozen books on modern China, including Mao’s Great Famine, and winner of the Samuel Johnson Prize for Non-Fiction will be there as will Suketu Mehta, author of Maximum City: Bombay Lost and Found.

If you liked the film Call Me By Your Name (2018), its author André Aciman will be present, as will Elizabeth Gilbert, bestselling author of Eat Pray Love (filmed in 2010). For food enthusiasts, celebrated culinary expert Madhur Jaffrey will be at hand as will Asma Khan, the first British chef to feature in Netflix’s Emmy-nominated Chef’s Table. Leading Indian film director Vishal Bhardwaj has a session, as does Hindustani vocalist Shubha Mudgal, who has written a collection of short stories which revolve around the music that has nurtured her. For biography fans, Man Booker winner Howard Jacobson will be present. Poetry lovers can look forward to hearing the recipient of PEN Award for Poetry in Translation Simon Armitage and noted poet Arvind Krishna Mehrotra among others.

Journalists are often some of the most chased personalities at past editions. This year, acclaimed Hindi news anchor with NDTV and recent winner of the Ramon Magsaysay Award winner, Ravish Kumar will be there. As will The New Yorker journalist Dexter Filkins. Britain’s leading foreign correspondent and bestselling author Christina Lamb, recipient of BBC Foreign Correspondent of the Year and Prix Bayeux, Europe’s top war reporting prize;

For those passionate about music, the festival begins each day with the calming strains of Morning Music. The stage will be graced by acclaimed artists such as BC Manjunath, an exponent of Konnakol and the mrindangam; sitar maestro and recipient of the President’s Award for best instrumentalist, Purbayan Chatterjee; leading Carnatic veena-player Saraswati Rajagopalan, and Supriya Nagarajan, a renowned Carnatic vocalist and founder of ‘Manasamitra’.

The popular Jaipur Music Stage will feature performances every evening at Hotel Clarks Amer. Globally-renowned artistes and bands like Aabha Hanjura, Parvaaz, Gavin James, Ricky Kej, Shubha Mudgal, Transglobal Underground, amongst others, are set to perform. JLF’s Heritage Evening at Amer Fort will feature a mesmerising performance by Pandit Rajendra Gangani, one of the leading practitioners of the Jaipur Gharana of Kathak. Les Souffleurs or The Whisperers, an artistic group created by Olivier Comte, will enthral audiences with a unique production where they whisper poetic secrets into each other’s ears, using a hollow cane. To end the evening on a musical note, renowned sitarist Shubhendra Rao will present ‘East Marries West — A Legacy’ as a celebration of his Guru, the sitar maestro Pandit Ravi Shankar’s 100th birth anniversary.  He will be joined by his wife, Saskia Rao-de Haas, who is hailed as a pioneer for introducing the ‘Indian cello’ to classical Indian music.

This is just a teaser into the riches the festival offers. Can you afford to miss it?